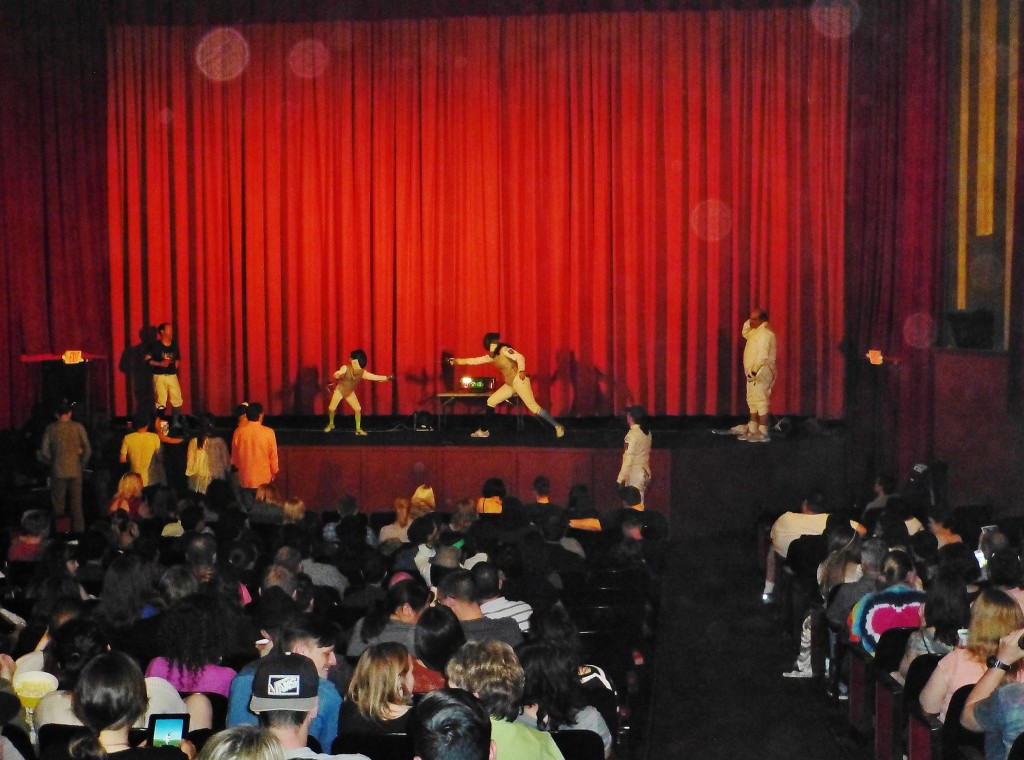 View from the Audience at The Princess Bride Fencing Demo at The Naro. Photo Credit: Rebecca Price.

Inigo Montoya: I know something you don't know.

Man in Black: And what is that?

Inigo Montoya: I am not left handed!

I'm pretty sure there isn't a fencer out there who doesn't love The Princess Bride. There's a soft spot in every steely fencing heart for that movie, no matter how cheesy it may be, no matter how campy the effects are, and it endures the test of time. Many fencers that I know came to discover fencing via this movie, and we got to spread it to (hopefully) a future generation of fencers to come! 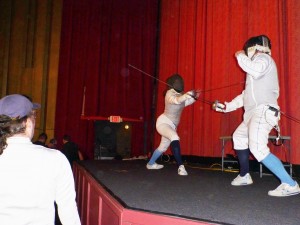 Concentrating on not fleching off the side of the stage. Photo Credit: Rebecca Price.

Anyways, we got to demonstrate modern Olympic-style fencing up on stage at The Naro Expanded Cinema in Norfolk this past weekend, and it was awesome. We did the fencing demo up on the stage while everyone was finding their seats and libations before the movie; the crowd of over 300 cheered as points were scored (especially for Evan, our smallest "musketeer," who bravely took on fencers twice his size— everyone rooted for the underdog!) and seemed to have a good time. Tim suited up left handed and quoted Inigo Montoya, much to the audience's amusement. Thanks to all of our fencers that came out to the event!

Also, kudos to AltDaily for hosting the event, the proceeds of which benefited The Muse Writers Center. We were glad to be a part of the evening's festivities!

Have fun storming the castle!